We Have Exhausted 67,000 Covid Vaccines Before They Expire – Govt

Article was written by the Daily Monitor NewsPaper

The Ministry of Health has said 67,000 Covid-19 vaccines, whose sell-by date was due on October 1, have since been administered.

Dr Alfred Driwale, the assistant commissioner, Vaccines and Immunisation, made the revelation yesterday during an engagement with the Inter-Religious Council of Uganda (IRC).

“By Sunday, Kampala had exhausted all its 7,000 doses through the strategy of vaccinating through churches. We have gone past the red line,” Dr Driwale said.

He added that by yesterday, 70 districts had exhausted their vaccine quotas. Only three districts, including Kampala, Arua, and Moyo, have stocks of no more than 1,000 apiece.

This is a turnaround from last week when President Museveni told the nation that 67,000 of 375,155 doses were on the verge of being wasted.

Attention has since been turned on how to exhaust the current doses.

“We have employed two approaches to handle the cause and we are going to start with deploying vaccines in form of campaigns so that within one week, the vaccines, which were supplied are exhausted,” Dr Driwale said.

He added that the campaign has started in Kampala Metropolitan, Mukono, and Wakiso using Pfizer for people turning up for their first dose and AstraZeneca for those getting their second jab.

“Those who started with Covax vaccines should be patient because we expect the new bach in the next two weeks,” Dr Driwale said.

“In this second phase, we will focus on allocating Moderna vaccine for those coming for the first time and for the second dose they will continue with AstraZeneca,” he added.

The current batch of AstraZeneca and Pfizer vaccines will expire in November. The Moderna jabs have a shelf life of up to next year.

The IRC chairperson, who is also the Church of Uganda Archbishop, Stephen Samuel Kaziimba Mugalu, encouraged people to embrace vaccines so that the government can open society and lift restrictions in a very responsible manner.

Africa Faith leaders who have been meeting in Kampala have agreed to involve their various constituencies in setting up [...] 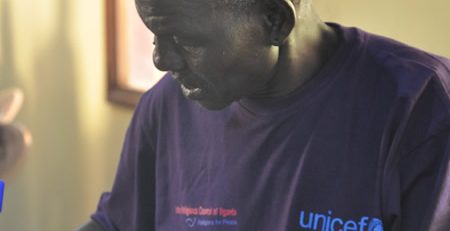 Lucy Ojambo aged 40-years lost her husband in 2011 to HIV/AIDS. Ojambo was an ordinary housewife who only knew [...]