The Inter-Religious Council of Uganda last year appealed to the government to allow the decisions on presidential age limit to be made through a referendum.
The council said last year that people should be allowed to determine their destiny. Religious leaders are supposed to guide the nation and to preach against bad laws and actions that don’t honour God. They are also supposed to lead by example and sow seeds of justice and peace to awaken society whenever it deviates from the right path. They also give people hope during turbulent times.
Therefore, the religious leaders have advised that the debate on extension of president’s term of office from five to seven year should not be monopolised by politicians. That matter calls for the participation of all citizens through national dialogue. It is worth to noting that people have divergent views on national matters hence fairly balanced and transparent platforms should be provided for people to listen to contending views.

It is wrong for only one side to monopolise the political space. This is the main reason the Inter-Religious Council is advocating national dialogue to enable Ugandan citizens to decide on how they want to be governed. National dialogue will provide a forum for people to discuss the matter. Inter Religious Council of Uganda trained and commissioned 230 National Dialogue Youth Community Ambassadors mobilised from 14 regions of the country.
The youth ambassadors were trained to do advocacy through sensitisation and awareness initiatives in their communities. The youth ambassadors brain-stormed on the best approaches of advocacy without being mistaken for saboteurs of government projects and programmes.
National dialogue will and is ought to prepare Ugandans for the referendum. The referendum exercise as prescribed in Article 105(1) and 260(91) in the Constitution is politically healthy as it demonstrates how power belongs to people and asserts the power point entrusted to the people in rationalisation of their sovereignty.

A referendum bequeaths a general vote by the country’s electorate on a single political question in search of a free and direct decision.
This referendum will give a general view of what Ugandans want – whether five or seven year term for the president unlike in the presidential age limit debate where the majority were not consulted. Ugandans will get a chance to air their views concerning the subject matter on a personal basis since during the consultations only a few Ugandans were reached especially local leaders in their respective structures.
According to Article 1(4) of the Constitution, people are supposed to express their will and consent on who and how they should be governed.
Pinreal Ninsima,
ninsiimapinklean@gmail.com

PRESS RELEASE: RELIGIOUS LEADERS’ CONCERN ON THE PREVAILING STATE OF INSECURITY AND ACTS OF TORTURE IN THE COUNTRY

Recently, we have witnessed an increasing level of insecurity in the country that has regrettably resulted into the loss [...]

The Inter-Religious Council of Uganda has congratulated the new Archbishop of the Church of Uganda the Rt. Rev. Stanley [...] 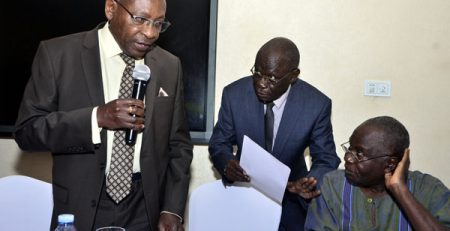