Rejected by her parents at the age of two, Namamonde (21) was taken on by her grandmother, who wouldn’t afford school fees and so she dropped out of school in primary 6.

Her grandmother later took her to join her siblings living in Kampala, where life become a living hell.  She was forced to do all the house chores and when she couldn’t take it anymore, she took to the streets.

On the streets, she met a man who disguised himself as a good Samaritan. She was only 17 years then. But unfortunately, the man turned her into a sex slave besides being very violent with her. When he learnt that she was pregnant, he started mistreating her which resulted into a miscarriage.

Namammonde with Isa who Counseled her

This year, IRCU has embarked on onsite training in indicator definitions and Data Management. This is intended to help [...]

On the 8th of June 2012 the Women of Uganda through the “Women Unite and Speak Out Initiative” flagged [...] 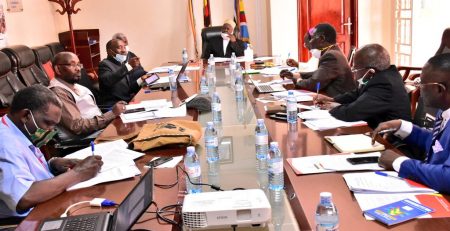 Members of the Press Fellow Ugandans We greet you all in the name of the Almighty! The Council of Presidents with great [...]