On 4th April, 2017, the Inter Religious Council of Uganda (IRCU) hosted Honorable Simon Lokodo, State minister for Ethics and Integrity at a consultative meeting between IRCU and the Ministry of ethics.

The meeting, held at the secretariat, came as part of attempts by government to draft a new policy to streamline Faith Based Organizations (FBOs). Hon. Lokodo explained that the policy is not intended to stifle religious organizations but to address the significant disharmony in these organizations.

Looking back at previous church scandals, he said that FBOs provide moral and spiritual insight to the country but some FBOs have tainted the image of religious institutions.

“There are so many manipulative grace teachings in Kampala which emphasize sufficiency of the grace amidst sinful nature, the holy rice saga, the Kanungu-Kibwetere murder of members of his religious community are just a few examples. They lie that Grace is proportionate to what you offer,” he said.

He wondered where the many ‘new’ apostles and prophets of today come from saying that these sprouting churches need management, because some have abused their followers. The policy therefore aims at “coordinating and monitoring” religious affairs in the country and helping to determine who can and who cannot administer over God’s people, let alone start a church or mosque.

The proposed policy will put a framework that will strengthen FBO governance, promote transparency and accountability, promote unity in diversity, provide a yardstick for faithful worship, and classify roles and functions of religious institutions and government.

All churches have to be coordinated. They have to work in tandem and have a sort of structure, solid stewardship and belong to something big.” Lokodo said.

“It is a shame that some of us (pastors) are using the holy word to amass wealth while the sheep we shepherd are wallowing in poverty. We need to change all this.” Pastor Charles Tumwine said.

According to research findings by the consultant, Shem Byakagaba, a number of stake holders who had been consulted agreed that the policy “would bring orderliness, stability, progress and better service delivery to the nation.”

He also added that the directorate of Ethics and Integrity had already carried out consultations in the regions of Central, Eastern, Northern and Western. The meeting was supposed to be the last consultation being conducted before the bill is tabled to cabinet for discussion.

However, citing sensitivity of the matter, Mufti Shaban Mubajje asked for more consultations to be done on the policy. 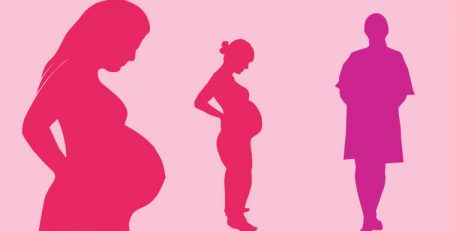 In Kyenjojo district, a primary 5 girl was impregnated by a son to a well-known community member. The girl’s [...]

Africa Faith leaders who have been meeting in Kampala have agreed to involve their various constituencies in setting up [...]

MESSAGE FROM IRCU COUNCIL OF PRESIDENTS ON VACCINATION

“Worship and Vaccinate to Contain the Spread Of COVID-19 In Our Communities” Members of the Press,  Fellow Ugandans  We greet you all [...]