IRCU resolves to distance themselves from politically partisan religious leaders

IRCU resolves to distance themselves from politically partisan religious leaders

Under the umbrella of the Inter-Religious Council of Uganda (IRCU), religious leaders convened in Kampala on 25th June, 2015 to discuss peace and stability as one of the core areas of their work. Supported by the United Nations Development Fund (UNDP), the leaders discussed the role they would play in ensuring peaceful 2016 general elections.

The leaders determined to dedicate the nation in prayer. They designated the week preceding Independence Day in October 2015, and the weekend before elections in 2016 as National Prayer Days for peaceful elections.

His Grace, the Most Rev. Stanley Ntagali, who is also the Chairperson of IRCU Council of Presidents, and Archbishop of the Province of Church of Uganda; in a press statement said that religious leaders shall remain non-partisan, impartial and independent as they exercise their prophetic role during the general elections and uphold the values embedded in the National Motto “For God and My Country”. 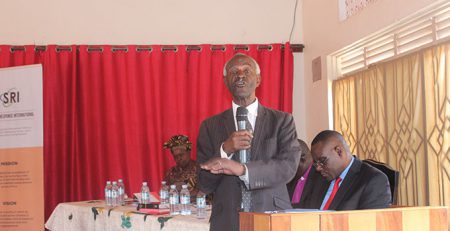 A very unusual silence swept through the hall as the master of ceremony introduced the next speaker. The over [...]

Today marks the beginning of the National inter-faith prayers to commemorate Uganda’s independence and for peace and stability during [...]