The Inter-Religious Council of Uganda (IRCU) and The Elders’ Forum of Uganda (TEFU) paid a solidarity and compassionate visit to the people of Rwenzori sub-region from 12th to 15th April, following the numerous attacks against civilians and armed forces; specifically in the districts of Kasese and Bundibugyo.

Since the end of the 2016 general elections, there have been a number of armed attacks against civilians and security in the Rwenzori sub-region, specifically in Bundibugyo and Kasese. In both districts, over 50 people have been reported killed, many wounded and property destroyed. Others have been forced to flee from their homes to various Internally Displaced Person’s (IDP) camps

Amongst the reasons for this visit was to restore peaceful coexistence and harmony among the local communities belonging to the different ethnic groups, facilitate the return of people who fled the violence to local IDP camps, and also enhance inter-faith and inter-ethnic cooperation and collaboration in the conflict-prone areas.

According to Canon Justice James Ogoola, the Chairperson of TEFU, the purpose of the visit was not to judge or point fingers, but understand the situation and see how religious leaders can help.

“We are here to engage opinion leaders and members of this community in a conversation to help us know and understand the recent cases of violence and how they can be solved,” said Justice Ogoola. “Our mission is not to judge. Our mission is to understand, make sense of what we get and also be a part of the solution” he added.

During the visit, Religious leaders and TEFU represented by Justice Ogoola, held meetings with the UPDF, RDCs, GISOs, DISOs and DPCs from both Kasese and Bundibugyo. The team also met the Obusinga Bwa Rwenzururu and the Obudingya Bwa Bamba, elders, political leaders, and also visit the affected communities in Kasese and Bundibugyo.

According to the Mufti of Uganda Muslim Supreme Religious leaders have been called to be instruments of peace, unity and harmony. “When we hear about violence, we are all concerned because when the nation mourns, we mourn together,” he said.

Building on previous experiences, IRCU and TEFU are empowered with divine and constitutional mandate to engage in immediate and long-term peace building interventions in the post 2016 elections. The two organizations provide space and a credible, independent and non-partisan platform to facilitate dialogue, consensus building, forgiveness and reconciliation between and among the conflicting parties in the Rwenzori region. 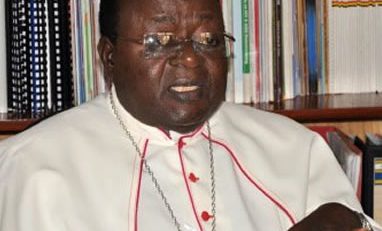 Attached below is the statement from the Inter-Religious Council of Uganda on the death of Archbishop Cyprian Kizito Lwanga. PRESS [...] 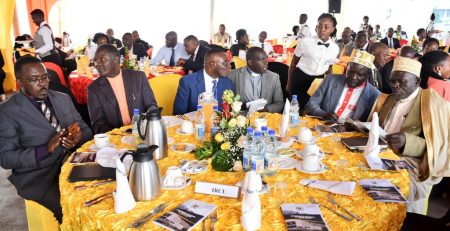 On 21st January 2020, Inter Religious Council of Uganda (IRCU) in collaboration with the Parliament of Uganda organised the [...]

IRCU to partner with NEMA in environmental protection

The Inter-Religious Council of Uganda (IRCU) has held a consultative meeting with the National Environment Management Authority (NEMA), to [...]