On 23rd December 2015, through your respective media houses, we briefed the nation about the forthcoming presidential debate scheduled to take place on the evening of Friday 15th January 2016, at the Serena Conference Centre.

Since then, we have made progress in our preparations of this historic event and we would like to share the updates with you.

First and foremost, we have received confirmations from all the 8 presidential candidates regarding their readiness and eagerness to participate in the debate. As late as yesterday, Wednesday 06th January 2016, we received reassurances at a meeting that we had with the representatives of the candidates concerning the willingness and readiness of their principals to participate in the debate.

The sentiments among the candidates is clearly this; that candidates have a lot to gain by personal appearance in the debates and much more to lose by non-appearance. The consensus at our meetings with the representatives of the candidates was that;

The debate will be moderated by two Ugandans of impeccable credentials, expertise and qualifications in the media and public relations fields- namely; Alan Kasujja of the world famous BBC and Nancy Kacungira of the equally formidable KTN. To support the two, we have put together a team of research experts who will ensure quantity and quality of background information required by the moderators in order to design and compile the deep and searching questions appropriate for a high level occasion. These experts have already started their work in the country.

We are also in consultation with another team of analysts from the academia, and professionals from civil society. Their work will be to provide a running commentary shortly before and after the debate regarding their perspectives on the nature, content, process and appearance of the debate generally.

Between now and next week, the organizers and the candidates representatives will hold constant and intensive meeting to work out and agree among others the topics and sub topics of the first debate. On the whole we are leaning towards assigning this first debate topics on domestic economy, good governance, rule of law and social welfare. Subsequently if the next debate, we which will be held around the second week of February 2016, a week before the election day, the candidates will debate issues on peace and security, foreign/regional relations, East African integration, the Great Lakes Region and the Horn of Africa, trade and commerce and cross boarder crime including terrorism.

The underlying reasons and objective for holding the presidential debate are;

NTV Uganda has been identified and contracted as the official broadcaster for the 2016 presidential debate. However all media houses both print and digital will get a clean feed from NTV Uganda for free. All media houses will be allowed at the venue for footage of arrivals and interviews before and after debate. They will only access open areas of the conference centre and not auditorium.

In addition, accredited journalists will be allowed into the venue without any cameras as per the security guidelines. However, only accredited debate photographer/s will access the auditorium for still photos that will be provided in a pool to all media organisations.

Thank you, For God and my Country.

THE ELDERS FORUM OF UGANDA 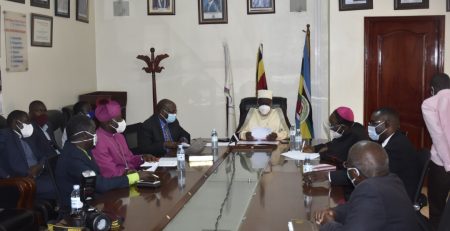 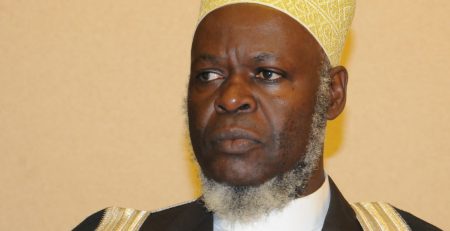 His Eminence Sheikh Shaban Ramadhan Mubaje, the chair of the Inter-Religious Council of Uganda’s Council of Presidents, on Friday [...] 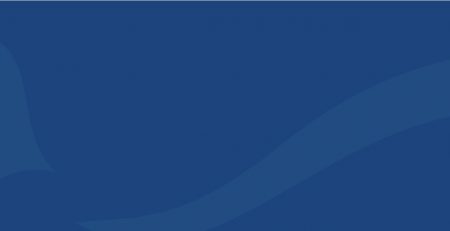 “Ethical Leadership and the Challenge of Endemic Corruption” PRESS STATEMENT BY THE INTER-RELIGIOUS COUNCIL OF UGANDA ON THE LATEST EPISODES [...]