Gender based violence (GBV) and HIV/AIDS continue to be major national scourges. The prevalence of sexual violence in institutions of education as seen in media reports and other reports is deeply disturbing. Across Uganda, a big number of pupils in primary and secondary schools have been emotionally and physically abused by a teacher or bullied in school by their peers. School related gender-based violence (SRGBV) is also a major barrier to education in Uganda because it leads to poor performance and undermines the retention of pupils in school.

The recent HIV/AIDS situation report by the Uganda AIDS Commission identifies gender based violence as one of the key drivers of the HIV/AIDS epidemic among young people.  The Uganda Health Demographic Survey (UDHS 2017) mentions sexual abuse and teenage pregnancy as leading contributors to vulnerability accounting for more than half of all reasons for girls dropping out of school in Uganda.

Its, upon this background that IRCU together with UNESCO held a two days’ capacity building retreat for school chaplains, school Imams and sheiks from West Nile & northern Uganda to build their capacity in HIV/AIDS prevention and detection, of GBV as well as advocacy. The meeting was addressed by the IRCU Secretary General Joshua Kitakule, UNESCO regional advisor Dr Patricia Machawirwa and renown Professor and theologian Canon Gideon Byamugisha.

“When a girl falls pregnant, its’ usually hard for her to go back to school, As Unesco we believe this is a failure of the system and as UNESCO we support the rights of a girl child and therefore she must stay in school even after pregnancy. 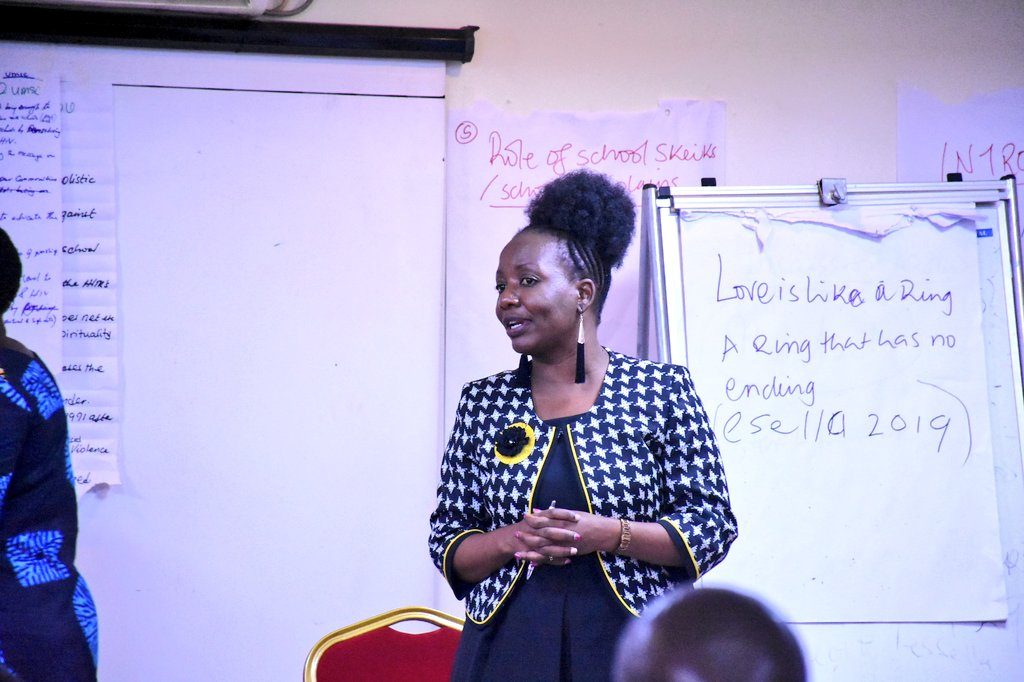 Canon Gideon Byamugisha, is a lead campaigner against HIV/Aids. Gideon is one of the few Ugandans who came out publicly in 1990s about their HIV status having lost his wife in 1992 to HIV.
Gideon says having a positive mind and freely speaking about his status has helped him to live healthier and so religious leaders and need to be champions in the fight.

“When I was diagnosed, I had only two degrees, right now I have five degrees, and even want to add more” Byamugisha says

To date, Gideon boosts of having zero virus transmission since 1992 when he was diagnosed and his CD4 count reducing to almost non detectable. 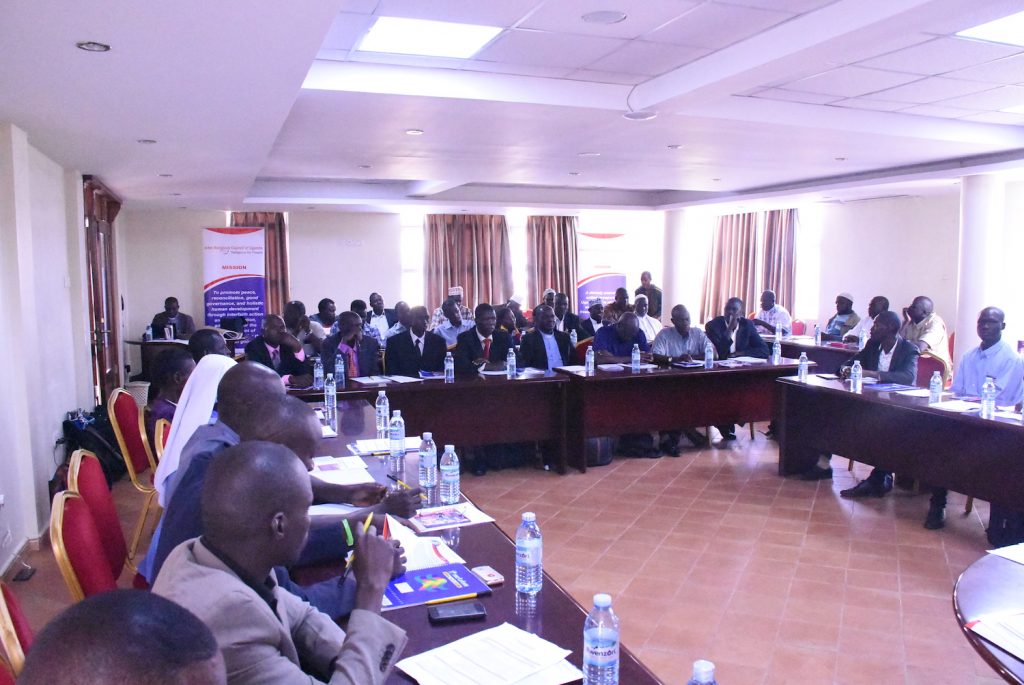 Sheiks, Imams & school Chaplains from Northern Uganda during the training at Esella country hotel in Kampala.

The trained chaplains, Imams and priests pledged to look at two angles of risky behaviours and risky environments and what’s driving the other. They believe that without addressing the other it’s like cutting a tree and leaving the roots. The drivers sighted include poverty, gender exploitations, unequal treatment of young people, gender based violence.

Prof Can. Byamugisha also believes that the school imams and chaplains need to understand the kind of pupils or students they are with. If a child is born positive, they need to be supported and make sure there’s no stigma, and follow ups on their wellbeing.

According to Dr Azah Taib, GBV can occur throughout an individual’s life time, at pre-birth, infancy, childhood, adolescence, reproductive and older change thus an urgent need to stop it sooner.

A study undertaken by ministry of education in 2012 indicates that 77.7% of the primary school children and 82% of the secondary school students surveyed reported having experienced Sexual Gender Based Violence (SGBV) at school; 51% were aged between 10-13 years, 40.6% were between 14 and 17.

The report also indicates that teachers were the major perpetrators of abuse at 67% by male teachers; 22% by fellow student, 5% by female teachers and 6% by non-teaching staff.

Gender based violence undermines the safety & security of children in and around the school and inflicts pain, suffering as well as undermining the retention and performance of children.

CONVENERS/SPONSORS: The Inter-Religious Council of Uganda, in partnership with the Cultural of Islamic Republic of Iran, UBC TV, Kampala [...]

EXCITING CAREER OPPORTUNITIES About IRCU The Inter Religious Council of Uganda (IRCU) is an initiative that brings together different religious institutions [...]

IRCU partners with WildAid in campaign to save rhinos

The Inter-Religious Council of Uganda (IRCU) has partnered with Rhino Fund Uganda and WildAid in a campaign aimed at uniting [...]